Since the time from summer to the Christmas holidays is always quite long, we booked 10 days of Rhodes.

Rhodes is still very good to travel in October. At 24 to 25 degrees the recreation is already programmed and also the sea invites with 22 degrees for bathing. See: Climate on Rhodes.

From Hamburg we flew with the direct flight with Germanwings (at that time already renamed in Eurowings) to Rhodes. The airport in the north of the island is not far from Rhodes town.

By bus, however, you need almost 2 hours to get to the south of the island, where our hotel was. The hotel is located near Lahania. Around the hotel there is nothing, which could be reached on foot. If you want to see something from the island you have to rely on the regional bus or rent a rental car. As a day for the small car cost 40 euros it is worth to rent a car for 3 days and pay only 80 euros. So you pay for the 3rd day nothing more.

Our hotel Hotel Atrium Prestige & Spa left nothing to be desired. Here we could relax, pamper ourselves, taste the delicious food.

The bus, which stops at the bus stop in front of the hotel, will pick you up at 8:45 am and drive via Lindas to Rhodes town. He then returns to the same circuit at 5pm, for which one has to pay 7.50 euros per route and takes about 2 hours.

So we decided to make the variant with the rental car to see some of the island. Of course it was difficult for us to leave the hotel during the day, because of the nice pools, the clear water in the ocean and..., but we consoled us with the fact that we could spend some time later at our wonderful pool.

Typical stones from the area.

The peninsula Prasonisi separates the Mediterranean Sea from the Aegean Sea and is particularly popular for windsurfers and kitesurfers.

On the huge sand parking lot you can park your car free of charge to hike over the Isthmus (Sandbank) and the island to the lighthouse.

A lot of little marmots are on the way to the lighthouse and not only mark the way, but fascinate by their diversity and animate to create your own.

The old lighthouse at the end of the Island Prasonisi.

Fantastic view from the lighthouse to the two seas: Mediterranean Sea and the Aegean Sea

Prasonisi is about 2 km long and 1.5 km wide and is located at the extreme south end of Rhodes. The peninsula is connected to the mainland by a isthmus of sand. It is regularly flooded during storms and high waves.

The castle ruins lie on a 116 m high rock directly in the city center. Outside the town center there are several parking lots from which you can reach the Acropolis by a long walk or on the back of a donkey. 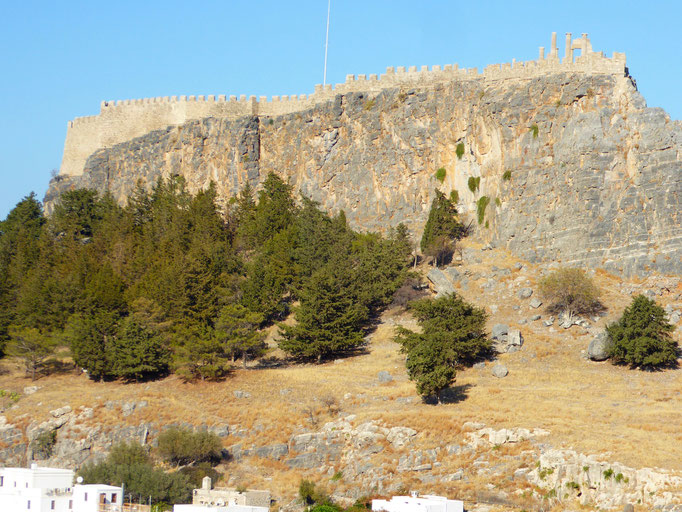 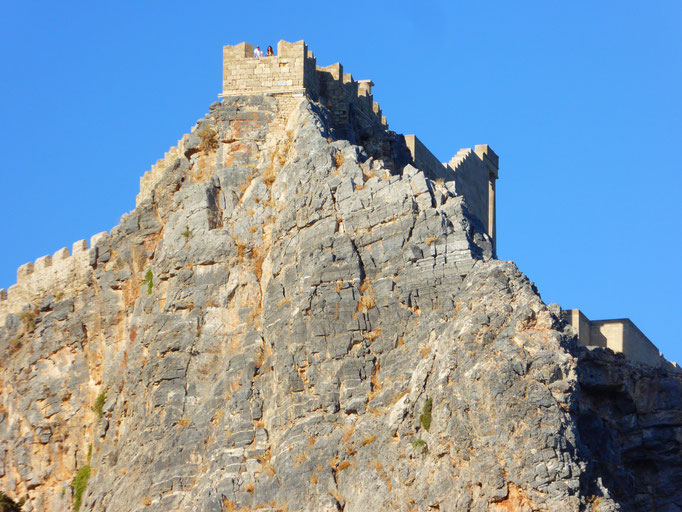 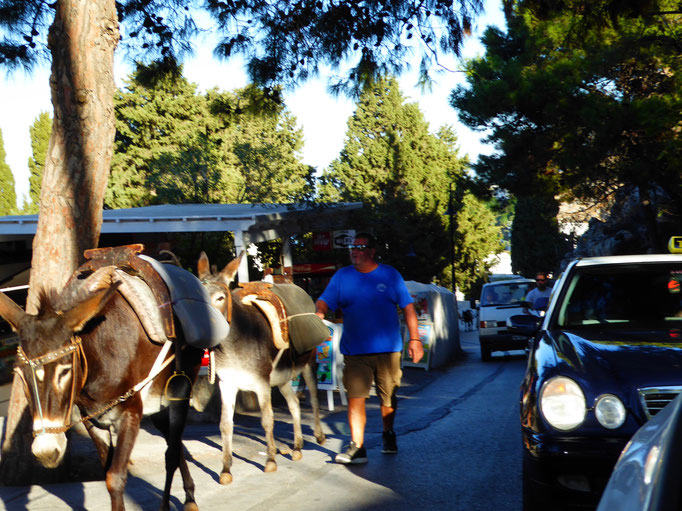 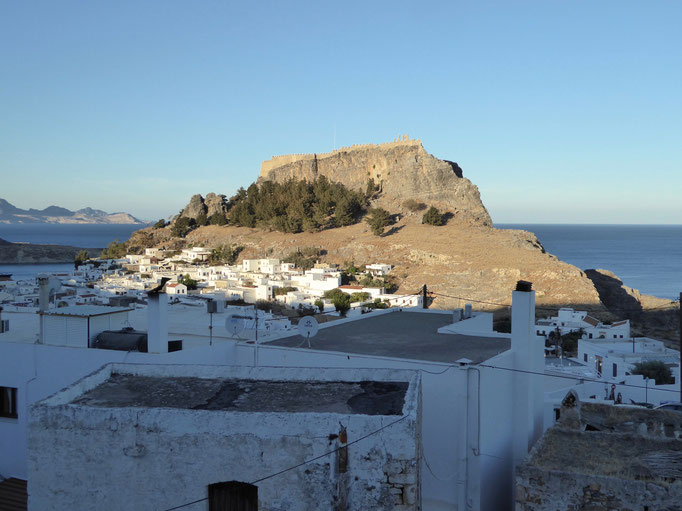 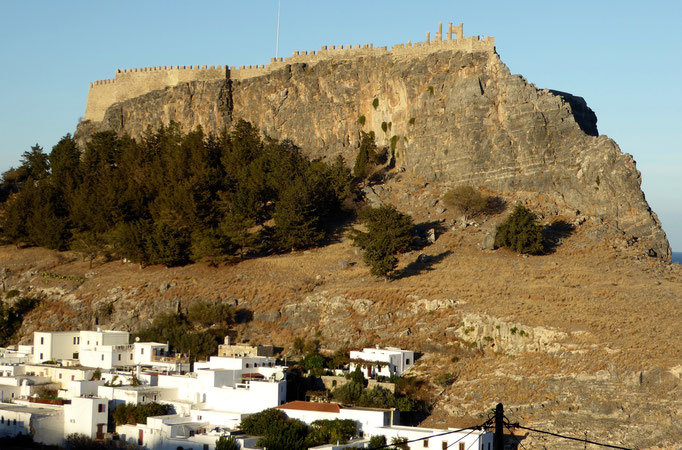 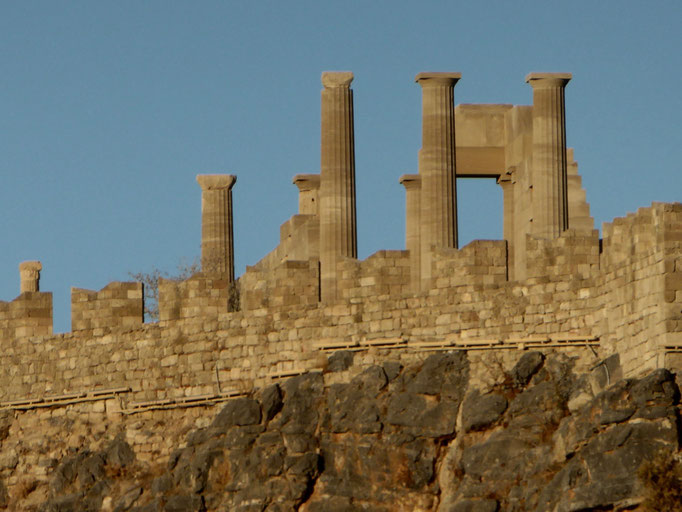 The nearby car park at the place should cost 5 euros, the entrance to the Acropolis per person 12 euros, the Acropolis should close in 1.5 hours and the many tourists are constantly chattered. So we decided instead to go to the small town of Asklipion, which was already on our way back.

The small mountain village has about 300 inhabitants. The village is not affected by tourism. The patron of the place is the son of Apollo, Asclepius, the god of healing.

The Orthodox Church of the Virgin Mary

To see the church from inside, we have to go through the museum (1 euro entrance). 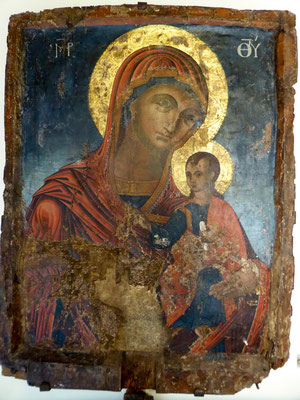 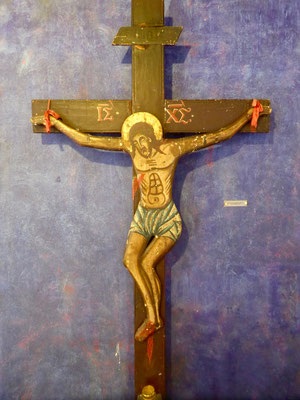 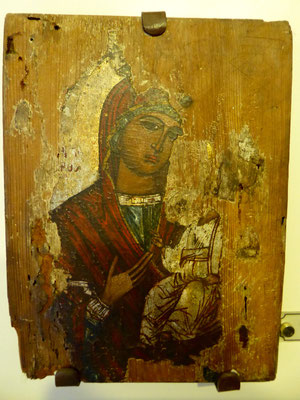 Below the church you can still see an old Greek living room after the visit. 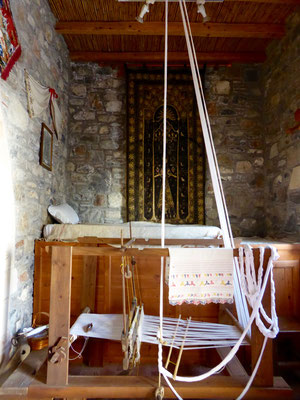 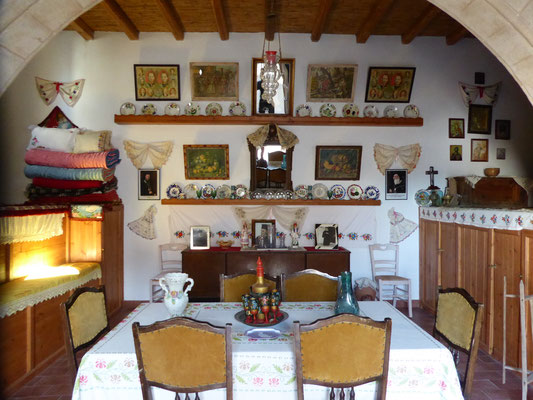 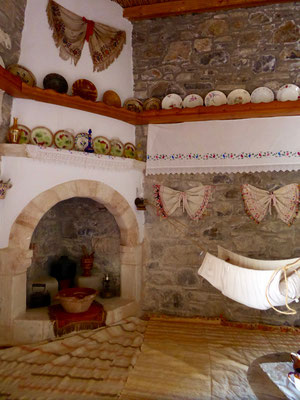 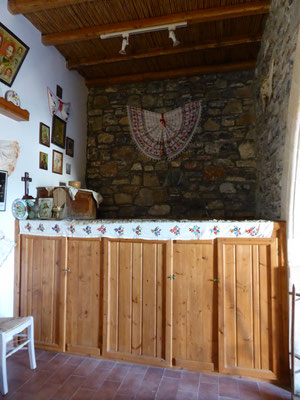 Then we went up the narrow, steep road to the castle. From here you have a wonderful view of the place. On the castle grounds, the entrance to the underground passageway can be seen in the village, which was the escape route in times of war.

The old castle ruins above the village

Rhodes City - The Sources of Kallithea

Our second day of excursion was to visit the city of Rhodes. You have to adjust here to the many tourists and the numerous salesstands. In the high season this will surely be much worse than in October. For everything, entrance fees are taken, one notices that the state needs money. After our stroll through the old town, we decided on the way back to look at the sources of Kallithea and to take a refreshing dip in the beautiful bay.

The city of Rhodes in the north of the island with its approximately 51,000 inhabitants is divided into the new town and the old town surrounded by a huge city wall. The remains of an ancient Acropolis can be found above the town on the Mount Smith. The colossus of Rhodes was said to be at the entrance to the ancient Mandraki harbor.

The sources of Kallithea

Nine kilometers south of Rhodes town on the east coast are the sources of Kallithea. The sources for their therapeutic properties have been known since ancient times and have been used as sources of healing since 1929. The unique architectural style, the pebble-flooded floors, the large Rothonda with the circular wall, the atrium with the fascinating entrance gate combined with the natural landscape make a nostalgic background reminiscent of a scenery from the world of the cinema.

On the third day we did not want to sit so long in the car and so decided to drive the southern loop on the island. The road is well developed. The highlight of our tour was surely the gorgeous sunset.

We had in the time from the 15th to the 25th of October only beautiful weather, we could enjoy the time at the wonderful pools and also on the hotel beach of the hotel. The car could be rented for only 2 days, which would have been enough. The trip to Pradonisi and Rhodes town we liked and would not want to miss.

We will certainly not be the last time on Rhodes and we will surely remember with a lot of melancholy the beautiful, relaxing time on Rhodes. A comfort only that we will be Christmas and New Year's Eve on Florida again.